Is West Africa ready for a single currency? 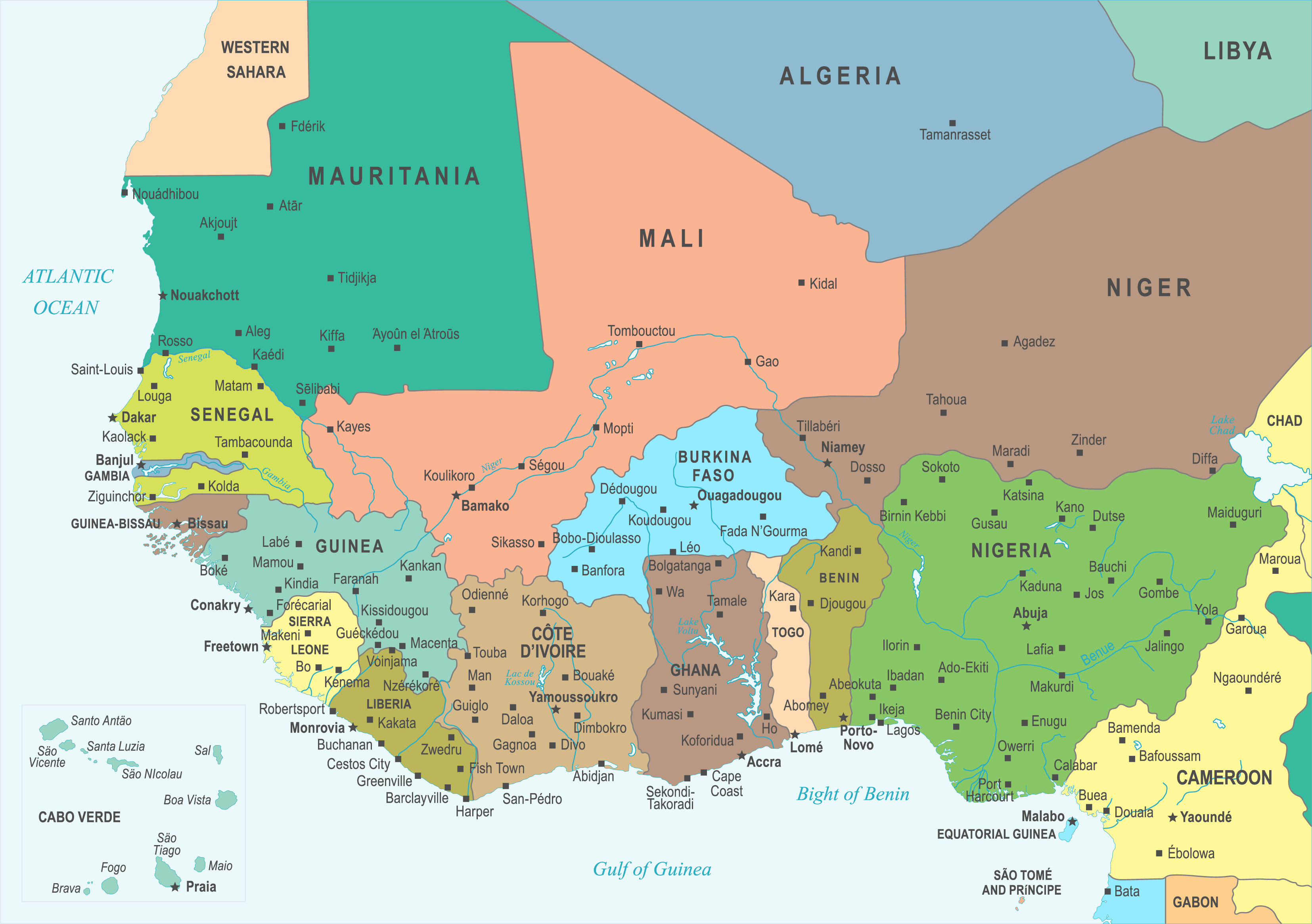 Since the early 2000s, the 15-member Economic Community of West African States (ECOWAS) has been pursuing a common currency agenda, centered on the “eco,” with the intention of reducing barriers to doing business across the region and increasing trade overall. While the implementation of the new currency has been postponed due to hurdles in macroeconomic convergence across the countries and the disruptions caused by the COVID-19 pandemic, among other challenges, many policymakers remain keen to forge ahead, with implementation now tentatively set for 2027.

As the region considers steps toward this goal, Brookings scholars Eswar Prasad and Vera Songwe have written an ambitious book on the regional integration agenda in West Africa and the role for a single currency in which they consider important questions concerning how ECOWAS could achieve greater trade and financial integration, with or without a currency union, as well as the ramifications of the agenda for the African continent. Three key contributions emerge from the book.

First, this book by Prasad and Songwe stands out for the methodical thoroughness of the analysis. The authors outline the factors that conventional theory sees as critical for an “optimal currency area” (OCA), originally conceived by Robert Mundell in his 1961 article, “A theory of optimum currency areas.” The authors compare these factors to the data and essentially conclude that “ECOWAS is not equal to an OCA.” As we have learned from Ashoka Mody’s 2018 book, “Euro Tragedy: A drama in nine acts,” Europe also did not meet the ideal conditions for OCA when the European Union (EU) embarked on its monetary union experiment. Drawing on a broad array of theoretical literature and applied policy analysis, Prasad and Songwe outline both the potential benefits and the significant costs of monetary integration. The book highlights how differences in economic structure and macroeconomic convergence can and might deter the ECOWAS common currency project and how a strong institutional framework is necessary, especially in terms of regional financial market development and unified legislation.

Second, linked to the previous point, the book provides an academic framework in which all factors considered critical for the stability of a currency union (especially under macroeconomic stress) are identified and compared to econometric data as well as the institutional and policy realities in West Africa. These are the “hard factors” in the book. Notably, according to the authors, these hard factors do not yet support a transition to a single currency for West Africa. Policymakers might act regardless. They did so in the eurozone, which did not meet the criteria for an optimal currency area at the time of the implementation of the euro. “Soft factors” in the form of a regional vision extending far beyond the realms of monetary policy were used to cover over some of the concerns and hard gaps (correctly) identified during the run-up for monetary union. But these same soft factors subsequently proved to be the ultimate counterweight to the centrifugal forces unleashed by crisis and member state divergence (see Y. Varoufakis’ 2017 book, “Adults in the room”).

In that way, the book reiterates the importance of these soft factors when it highlights Nigeria’s monumental importance as an anchor, representing greater than 60 percent of the gross domestic product of ECOWAS, and compares that to Germany’s role as the eurozone’s main anchor. Germany—and specifically its export-oriented economy—derived benefits from the single currency but the country as a whole had to sacrifice its cherished conservative monetary policy and provide subsidies to weaker members of the euro area. This result appears to be not just the consequence of a cold cost-benefit analysis but also a commitment to Europe, which is broadly popular across the political center of gravity in the country, allowing for enough elasticity in what was perceived to be a rules-based project.

As we argued elsewhere (in “An evaluation of the single currency agenda in the ECOWAS region”):

“[T]he euro lessons show that even with robust institutions and strong political commitment, sustaining a single currency remains a challenge. These challenges are likely to be much more difficult to surmount in West Africa where the pre-conditions for success, including strong political will and robust institutions, are evidently absent. Let us also be clear that the euro was never just about monetary policy and trade. It was shaped by a vision of a united Europe. And this does not appear to be an entirely fruitless effort, especially in the eyes of Europeans coming of age in the new millennium.”

There are several areas where the book could provide a deeper analysis. First, the book is relatively silent on the geopolitics surrounding the currency reform. The book could discuss further the competing visions and perspectives of the anglophone bloc, led by Nigeria, and the francophone bloc, led by Côte d’Ivoire, as there appear to be two contrasting visions of the currency. For example, in January 2020, Nigeria criticized the December 2019 decision of French President Emmanuel Macron, Ivoirian President Alassane Ouattara, and the eight-member West African Economic and Monetary Union to replace the CFA franc (which is pegged to the euro) with the eco, saying that it conflicted with the ECOWAS broader vision of a single currency across all 15 West African countries. There also seem to be competing economic philosophies between the anglophone and francophone blocs, with Ghana, perhaps, as a potential bridge.

Second, the book leaves some questions unanswered. What is Nigeria’s perspective on the umbrella ECOWAS initiatives? What trade-offs and shared visions for the region can be identified? Fringe political movements in Europe may not threaten the single currency directly but their ascendance toward the center of political power could threaten the policy elasticity on which the euro’s survival, through all its recent upheavals, relied. How does the West African political landscape compare?

One issue in this context is the asymmetry between different interest groups: Owners of businesses with cross-border activities may derive benefits from a rule-based monetary union. Poor farmers may prefer a central bank with a domestic mandate to fund monetary stimulus. Nigeria’s multitier exchange rate mechanism highlights these policy dilemmas. Aside from the convergence of member states, which is analyzed by Prasad and Songwe, do we need to focus more on convergence criteria between different interest groups inside single countries, specifically inside Nigeria?

Third, the book highlights the various gaps without ranking them. Do the authors, nonetheless, have a view on policy priorities preceding a transition? How strong is the evidence that West Africa will derive benefits from a single currency? Most of the book focuses on impediments to a successful transition to and subsequent stability of a currency union. The benefits, such as growth of intra-regional trade and development of cross-border supply chains, are of a more general nature. Are there lessons from the West African Economic and Monetary Union or even from countries (e.g., the U.K.) that have chosen to stay out of currency unions among their main trading partners? Do we have to be conscious of the inherent dilemma that, although we have a good idea of what it takes to successfully transition (i.e., the outlined hard factors and maybe some of the soft factors), we cannot equate that to the quantifiable expectations of the benefits of a monetary union and their accrual over time? Are there specific risks to a transition in the context of West Africa? We know that potential benefits of economic integration are a consequence of transacting seamlessly in a single currency and eliminating exchange rate volatility. Are there potential risks such as portfolio flow volatility or trade deficits?

Fourth, when we talk about West Africa’s currency union, are we ultimately talking about promoting industrial growth and integration into the global supply chain? Asian economies grew into their dominant position along global supply chains without a currency union while their experiment with pegged currencies caused a temporary setback during the Asian Financial Crisis of 1997-1998. (See  “Common currency? Well, region must first build trust and grow investment” in The East African.)

Against this background, one may argue that it was not monetary policy stability and integration that drove development. Do policymakers need to think about a future both inside and outside the framework discussed here?

Finally, let us not underestimate the importance of visionary leadership. In the EU, German Chancellors Helmet Kohl and Gerhard Schroder and France’s Jean Monnet were visionaries motivated by the quest for an integrated Europe—a Europe with no more wars. In West Africa, Presidents Yakubu Gowon (Nigeria) and Gnassingbe Eyadema (Togo) built trust and ensured the successful launch of the Treaty of Lagos that established ECOWAS on May 28, 1975. The primary motivation of these two visionary leaders was a united West Africa—not a conglomeration of anglophone, francophone, or lusophone blocs.

In sum, Prasad and Songwe have written a thoughtful book that explores many aspects of the common currency project in West Africa. The book can serve as a call to action for policymakers to seriously consider the hard questions posed by the authors.

Is West Africa ready for a single currency?

Since the early 2000s, the 15-member Economic Community of West African States (ECOWAS) has been pursuing a common currency agenda, centered on the “eco,”